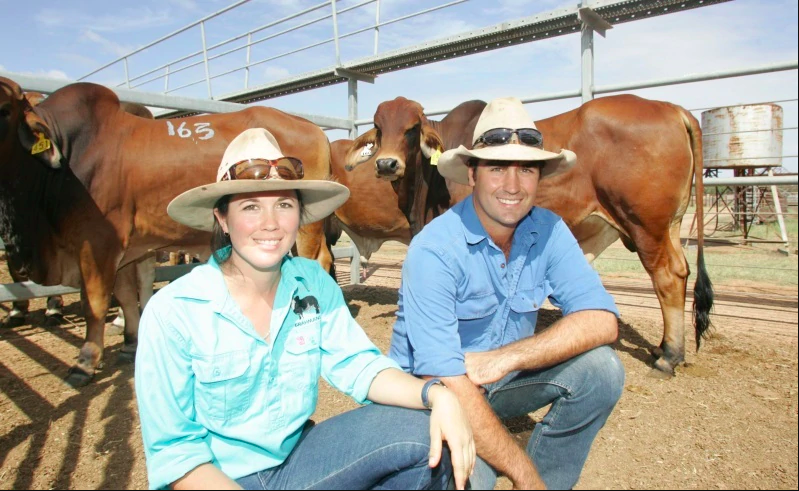 As the world’s population grows along with the demand for quality protein, agriculture’s biggest challenge is to produce more with less, reducing environmental impacts and the use of scarce resources and ensuring animal wellbeing. To support the sustainability of livestock production and the livelihoods of those who live and work on the land. Datamars is putting powerful data about individual animal needs in farmers hands to help them make better informed and more responsible management decisions.

At the Glenforrie Station in Australia, the Remote WOW system is helping the Grey family  more efficiently and sustainably manage their livestock and resources, by providing the ability to understand and act on individual weight based animal performance information remotely, via their smartphone and without human intervention.

The Grey’s typically run five-and-a-half thousand head of Brahman cattle across their 197,000 hectare station and 130,000-hectare neighbouring sublease.  While weight is well understood as a critical performance indicator, in a geographically spread out farm, mustering cattle to the yard for weighing is a resource intensive process which comes with a hefty price tag. The animals lose condition from stress and time off feed and face the same walk back to the paddock if they’re not at market spec.

Placed next to a water source, the Remote WOW weighs cattle in the paddock and drafts off top performers. Cattle weigh themselves with little human intervention thanks to the innovative training aspect of the WOW system meaning the Greys can deal with a targeted group instead of the whole herd.

Before adopting Remote WOW the family were amazed at the shrinkage that occurs from handling the animals and breaking their routine. One herd faces a 14-kilometre daylong walk to the homestead yard when mustering. The cattle are fed hay and water overnight but were discovered to be losing an average of three-and-a-half to five percent of body weight from paddock to yard. It took two weeks for those animals to get back to their original weight.

Murray Grey says it’s what made the auto-draft feature so exciting. “Instead of an entire mob being handled and losing 20 kilograms each, just the number of cattle needed is drafted off and can go straight on the truck. It also means a four or five-person operation is now a one-person job.”

With WOW, real time insights are delivered via Datamars Livestock Cloud on how livestock are progressing towards target weights, together with early warnings of poor performance and health issues. This level of insight enables informed, targeted decisions regarding feed and health treatment and allows for more efficient resource use.

Running a breeding operation is what first attracted the family to the Remote WOW system and Murray says they’ve had good bang for buck in replacing their breeding heifers. The system identifies exceptional performers and they can select accordingly. Being able to receive real-time data from anywhere in the world is also impressive.

“While I was on holiday in New Zealand I was able to log in and check that things were going well. It also shows things that weren’t even on our radar.

“It’s becoming harder and harder to remain profitable in this game, these sorts of developments are huge drivers in maintaining our profitability. You can essentially find a leaking hole and plug it in one move.”

However, Murray is quick to point out it’s not just about making money. The Remote WOW system feeds into Glenforrie’s bigger goal of a more connected farm, with animal welfare at the core of what they do. They also use the system to improve soil health and better manage grazing pressures to ensure they’re not overgrazing.

Murray says the technology actually allows them to deliver on the statement that animal welfare is important to them. “I like to think that on the whole it’s making us markedly better animal managers and land managers.”